If the Windows Client fails to mount on a Windows 7 machine, the most likely cause is that the computer does not have the ability to understand the SHA-2 encryption algorithm (cryptographic hash function) that is used to digitally sign the publisher of the software (Gladinet, Inc.). 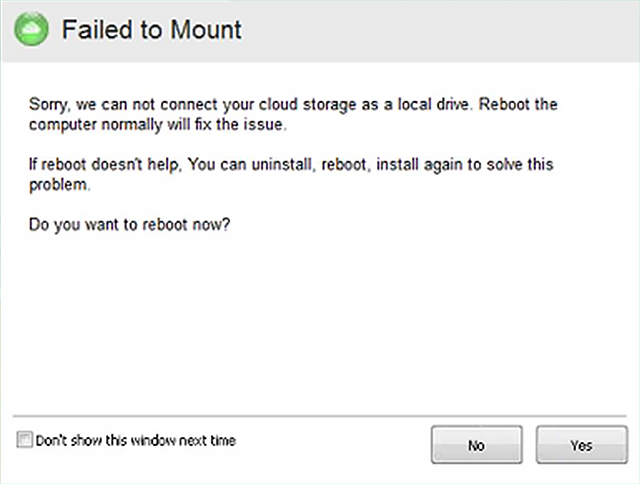 Earlier versions of Windows 7 and Windows Server 2008 only supported SHA-1 and did not support SHA-2 (aka. SHA 256) unless you installed a couple of hotfixes from Microsoft (particularly KB3033929 and KB2921916) (Read Microsoft Security Advisory on the availability of SHA-2 on Windows 7 and Server 2008). SHA-1 has proven to be insecure since 2010 and has been deprecated by all major software players since 2016.

The permanent solution is to upgrade the Windows machines so they can support SHA-2. But, as a temporary fix, you can replace the currently installed driver with a driver that is only signed with the SHA-1 certificate. Simply follow the steps below.

Note: Beware that if you upgrade the Windows Client or install it again, you will need to perform these steps again in order to prevent the Failed to Mount error from coming back.

The above driver only has one digital signature in SHA-1, so it should work for most users. However, if you still have issues, then we have an even older driver (signed June 2014) that you can try. This driver was released prior to some major thumbnails updates that may cause some incompatibility issues for some users. Just follow the same steps above using this driver instead: http://wcbuild.gladinet.com/release/drivers/oldDriver.zip

D
David is the author of this solution article.

Did you find it helpful? Yes No

Send feedback
Sorry we couldn't be helpful. Help us improve this article with your feedback.